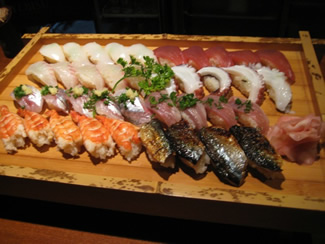 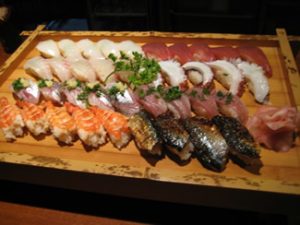 Today I am returning to Tokyo after completing the first half of the 17-day tour that my friend Kazumi Ikenaga plans for us every year. Somehow the flight into Tokyo, 24 hours door to door, does not seem like such a big deal. Maybe this is because I know I a coming to a place that I love so much – a place where amidst the bustle of so many people there remains such a palpable level of civility. Maybe it is because for the next 17 days I know I will be living the life of a touring musician – living and breathing this music in an atmosphere of such appreciation – maybe it is because I am aware how how quickly this time here will pass – and so I am eager to soak in and participate fully in as much as I am able. Maybe it is because I know that the amount of work it takes for my Japanese friends to plan this trip for me (for us) will someday be too much – and that each trip could be my last – there is more than a fair share of poignancy in my heart as I say hello and goodbye to my many friends and acquaintances that I see in each town we play. And of course this serves as a reminder for all of life.

I start by taking a Chuo-line train an hour out of Tokyo – still officially Tokyo (to Hachioji) to the bassist’s home to rehearse and have lunch . That night we have a gig in a small club in Yokohama an hours train ride away. When I say a small club – I mean small – the club has sixteen seats. The club master (owner), Sasaki-san insists that he opens his doors seven days a week for the music – not for people or for money – He shows me the dog-eared cover of our CD “A Closer Look” that he has put on his CD player hundreds of times since I gave it to him four years ago. It is hard to say goodbye to him – as it will be another year – as one says, “God-willing,” – before we meet again.

The next day we take the bus – to the subway – to the train – to Kyoto – and begin our rehearsal at 4:00 pm – in plenty of time for an eight o’clock hit. We will be playing with Michi Fujii – a female trumpeter that we have played this part of the tour since I started coming 13 years ago. So we go over the quartet tunes – and the duos and work out some intros or endings. Then luckily we have enough time before we play to stop by for some soba noodle soup with a dried carmel-ized fish in it called “nisshin soba” Yum !

The next day we head out by train to the remote country side near where Kazumi grew up. His childhood friend Nao Takanaka has again worked to produce a concert for us. This time in the very small town of Ohya. The town first bought a Bosendorfer grand piano – and then hired a modern architect to build a hall to house this spectacular instrument. The hall is round – and made of concrete and inside there are timbers that make up an inner round skeleton which houses the the seats – which are on a steep angle – looking down on the stage – and somehow the sound is miraculous and warm and not boomy. This is one of the best pianos I have every played – and its dynamic range teaches me so much about the music’s transparency. I can play at a whisper – with such clarity – If I play too loud I will overpower my ability to hear the others – so the energy flows and simmers and the sound we make together draws everyone into the music.

The next day – we are picked up to go to Shirigiriso – a mountain-top lodge with a big kitchen – traditional style tatami mat guest rooms and a dining area that has been converted into a concert space for 30. We drive up from the Japan sea to the top of the mountain (with spectacular views of the sea) where we are joined this day by two more excellent musicians who have come in from Kobe – Tomomi Tanaguchi on trombone, and Ryosuke Assai on alto sax. Michi has writen a few three-horn charts – I bring a reworked sextet tune of mine from the early days when I had more of a chance to play and record with horn players – and we prepare a program for that evening’s intimate gathering – and the next day’s more formal larger concert. We start the set with the big group – but then break down to quartets, and trio pieces and duos – ending each set with a rousing six-piece arrangement – with some energetic vamping and arranged ending that gets the crowds really fired up.

Then there is the big party ! Every year the producer of this country side festival and concert has a gathering at a restaurant. We have been going the last 6 years to Restaurant Azito with about 18 seats – so we have the place reserved all for ourselves. The owner Shinji-san and his beautiful wife have been cooking and cooking all day – so that when we arrive – after we are all served a drink and the toast is made -Otskara Sama Deshita – “Our highest honorable work is done !!!” we begin to eat and drink and laugh and talk about everything – including detailed descriptions of the local food we are feasting on. This year I was able to understand a pun – that poked gentle fun at our friend Sato-san and his enormous jutting chin.

This joyful yearly weekend is produced by Yorihiko Matsuda, a remarkable energetic magnetizer of people and motivator of coordinated efforts. I know that I have spoken about him before in these yearly letters that many of you have received. He is married to Yuko and has three amazing children – one of whom, his eldest, a most lovely, mature, kind and emotionally mature daughter Mao – lives and works in Boston. Last year she finished a masters degree at Brandeis University – studying cultural production – how to curate and set-up museum exhibits – to take into account aspects of the culture and history that is reflected in the art or artifact.

Matsuda san – himself is most concerned with preserving nature and the culture of Japan and has set up a working project with the University of Kyoto to restore a mountain village and their special home building techniques in a place we pass on the way up to our mountaintop lodge. The students come out to learn and build and weave the thatched roof. He has us play at schools or give clinics to gatherings of high school big bands that he puts together called Satayama Festival (the place between the mountain and the sea.) But mostly Matsuda san is a beautiful man whose strength includes getting people to participate in his vision – which manifests in projects that uplift the spirit. The seats are set up, the sound equipment moved into place , the meals cooked and served and cleaned up – the music played – the photos are taken – and all the participants know that each one of us is doing all we can to help each other – enjoy this mountaintop weekend of music and relaxation.

Matsuda-san insists that he bring us back every year – instead of having a different band each year – because he says that people are interested in seeing how we are growing as musicians. This of course motivates us to prepare a different program each year. It is so clear that Matsuda-san and I both have so much respect and admiration for each other – He is so good to me. He never fails to mention that we are born in the same month of the same year – something that has significance in the Japanese respect-one’s-elders culture.

His second daughter is studying oceanography in Hokaido – at the university there. Studying about whales. In my eyes, it is entirely possible that young Ayaka Matsuda will be the one who figures out how to educate and convince the Japanese people to stop allowing their government to subsidize Japan’s whaling industry. Of course we will need people like Ayaka to come to come to America to convince our government to support Global-warming and anti-landmine, and international financial regulation treaties. But she will be busy enough in Japan discovering ways of bringing balance and sustainability to Japan’s relationship with the sea. She is too busy at school to come to this year’s concert. It is the first weekend concert-festival she has missed in a dozen years. More poignancy.

I have always found in myself some resistance to the word “spiritual.” But lately I have some confidence that the feeling in our hearts that is kindled by kindness and love and friendship does have everything to do with some non-verbal way of sensing our interconnectedness – and the joy and fullness this brings. We owe this to our spirits – to pay attention to and care for their aliveness – And we owe this very same thing to the music – to know that it is capable of getting us outside of ourselves, rousing our spirits in love and attention and kindness in a flow of connected moments – and indeed the music is meaningless without it. Music is here to bring us into its present moment – it is here to bring us together – in every sense – whether we play or listen – and it is so clear that the same is true about life… life is here to bring us into its present moment.

Anyway here we are at this long bar – toasting and eating and laughing and knowing – that it will be a year before we are all together again – and that that things will be different next year as they have been different in the past – sensing wordlessly that we share these commonalities – that children have left home, people – even friends have passed away – momentous and little things happened in the world – that one more year of this precious life has passed – and that we are connected to each other – in a mysterious interdependent way. And that in just the sensing of all this – the light awareness of this perspective – that everything is changed – for the better.

with much love from the other side of the world,