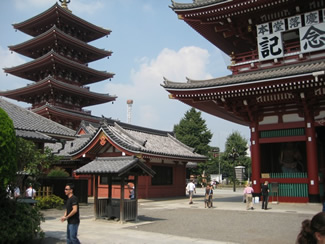 I am writing from the plane on the 11-hour flight back to New York City from Tokyo. 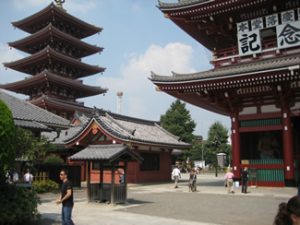 The second half of our tour was booked by Adachi-san. He fell in love with jazz when he was 18. Much to his parent’s dismay, he asked a famous Japanese trumpet player, Teramasu Hino, if he could be his roadie, to follow him around – carry the equipment – record gigs, and eventually manage his career. He then went to Europe where he met many famous American musicians who were playing there – Sam Jones, Benny Golson, Billy Higgins, and got them to come to Japan where he booked tours for them and many others. This was during the hey-day of hard bop and it sounded like he had a great time lugging his reel to reel Ampex tape machine around recording these gigs – He told me his apartment is full of these tapes. Adachi-san must be in his mid 60’s. And he cannot get this roadie bug out of his system. He loves my playing and treats me so well. In his mind I am an important American jazz musician. I am just happy to be playing night after night. He still records all these gigs he books on the road. He recorded ours on a 24-bit hand-held flash-drive recorder – one that he had modified by installing special high-end AKG microphones. The sound he got was so natural – it is a wonder that any of us spend money to go to recording studios – when the aural image and feeling of being in the room was so perfectly captured by these two fingernail sized microphones neatly installed in his tiny Japanese digital recorder

The bassist that we had played with for the first half of the tour, Yoshino Hiroshi had concert performances with his own ensemble – and so we were joined for these next five gigs that Adachi-san booked for us by Hideaki Kanazawa – a 60 year old road warrior who had been Teramasu Hino’s bassist for 16 years. During the first rehearsal though I sensed a certain politeness in his music – a politeness I have noticed in other Japanese rhythm section players: wanting to accompany the soloist in a supportive and as unobtrusive way as possible. Knowing that Hideaki spoke only a very little English – I wanted to convey to him that what I felt the music needed was for him to converse and add his ideas to the music. There are so many “rules” of respecting one’s elders – but I knew I needed to tell him this – that I needed something else from him. I asked him to imagine that my left hand was his bass line – and played contrapuntally – answering and butting in against my right own hand lines as a demonstration. He lit up wanting to try this way of playing immediately. His energetic and wild understanding of this freedom gave him (and me) great joy and we had blast on our five gigs together.

I will describe them each briefly.

1. Our first night was at a major Tokyo club. Jazz clubs are called “live-house” (no plural nouns). Anyway the place was named “JZ Brat – The Sound of Tokyo” is in Shibuya, one of the main shopping and train hubs in Tokyo. When the traffic lights change at Shibuya Crossing easily 500 people cross the street each time. The club had two soundmen for us – one for stage-sound and one for house-sound. They had a Yamaha concert grand piano – so we didn’t need any monitors or stage sound – the room sound was perfect. The only slightly freaky thing was looking up during the performance and seeing my hands or face on a jumbo-tron.

2. The next day we drove 4 hours to Toyota – yes the city where the cars are built – the city they are named after. We played in tiny live-house called Keyboard. The room was filled with retired salary-men who came to hear us play. Most nights at Keyboard one would come to have a drink and listen to jazz records on huge Altec Lansing speakers. But for 35 years, once a month, the live house owner – or “master,” hires musicians from Tokyo to come to play live. That is when his club turns from a “jazz café” to a “live house.” My friend Kazumi who is outgoing and bright does the talking from stage – but I always have a thing or two to say – and I always ask the audience before I say anything, “Aigo-ga wakarumasu-ka?” “English language, the subject of this sentence, understand, do you?” It is always surprising to me – though it should not be – that in the countryside – (outside of Tokyo) – no one ever says “Yes” I get the sound of hesitation from the audience. So I say something and Kazumi translates. Then there are the “ahh – so’s” and “so desu’s.” But after the music almost everyone comes up to bow or shake my hand and in their best English say “I enjoy your play.”

3. We drive the next day to Nagoya – either Japan’s 3rd or 4th largest city and play in a charming live-house called “Star-Eyes” I remember the Master, Iwaki-san, from the last time we played there five years ago. This night for some reason most of our audience is middle-aged women – who also don’t speak much English. About nine of them are in the very front row – listening attentively and appreciatively. During my break it is so much fun being able to converse in Japanese enough to hear how they are office workers at various businesses and institutions – and how they do not get summer vacations – just 3 or 4 days here or there during the course of the year. They all agree sadly that Japanese people work too hard. But they say that is why they come out to listen to music. One says that she thinks my “play” has something of Japanese sensibility to it. What might she be responding to I wonder?

4. The next day we drive to Fukuroi to play at Mamselle – (slang for Madamoiselle) Hideaki has friends in this town who own a roadside restaurant that specializes in Omerice. Omelets wrapped around rice with fishy things in it – then the other half of the the plate is where they pour the curry or tomato sauce. Yum – but very filling. All Hideaki’s friends come to our gig and we all go out downtown for a drink after the gig. But we take a taxi there – because everyone it seems in Japan is totally serious about not drinking and driving. Not even one drink.

5. We are driving to Adachi-san’s home town the next day – a four hour drive into the mountains in Nagano Prefecture to a town called Matsumoto. This is where Seijo Ozawa has led the Saito Kinen Festival every summer since 1992. We are playing a bigger live house and there will be over 50 people tonight. The largest audience we have had since Tokyo. When we show up to play the place is packed – and there are many young people here to listen. This night was really exciting – Kazumi grooved harder during his solos and eights so when we would come back in the music was always building and building. And we had also decided to play shorter versions of a few of my slower lyrical compositions without trying to make too much drama in the solo sections. Just to let the mood of the sound and the composition resonate throughout. This really helped create contrast in our set. Yum.

The town of Matsumoto has a famous Castle from the Edo period – so there are tourists who come to this beautiful mountain town for music and sightseeing. After our gig we are taken to a very old restaurant. When we enter through sliding doors we remove our shoes – and step up to the tatami. The kitchen is below us where we greet the chef/master. We are taken down tatami hallways past other large ricepaper-walled sealed tatami-rooms with large parties in them, to our private tatami room where a dozen of us sit on cushions on the floor around a low table. Adachi san wants to order local country side food – and we start with some cooked mountain wasabi greens served cold with katsu fish flakes on them. They taste just like the wasabi root that I am sure you are familiar with – so all our noses start running. I am not going to go into great detail about the next dish, which arrived as a surprise – but was described accurately– raw horse meat sushi.

Since this was the last night of our road trip we drank beer– and toasted “Otskara sama deshita” and the chef came in to join us with a huge blue bottle of chilled sake. We walked back to our hotel.

6. The next day drove back to Tokyo where I stayed at Kazumi’s house. I went to bed at 10 pm and slept for 11 hours.

7. Our last gig was in Tokyo in a club that I love, in a very lively neighborhood called Kichijoji. Just saying the name is fun. “Kitch – eee – joe – jee. The train station empties to block after block of covered streets for pedestrian shopping crowded with many small stores and restaurants. We will play at a wonderful live-house called Sometime. You go down the steps to an underground brick room with exposed pipes and old sewing machines tables – with the foot mechanisms still attached – they are the bar tables. The piano is in the middle of the room so we play surrounded 360 degrees by our audience who look down – stadium style to watch us play. At least 50 people fit in this room.
There is a single row of 10 seats behind the piano bench and everyone leans forward and to watch and listen. The Master, Ooneh-san is a woman – who is so charming – she comes down from her perch at the door – during our second set – to stand by the bar and listen and sway to our music. I sense in her at that moment her joy – looking over the packed room that she has created and works each night at with her adorable staff. I am so grateful that she speaks English so I can tell her how much spirit her room has – and how much we enjoy playing there. How the energy of being surrounding by such affectionately attentive listeners is palpable. We know over 25 people in our audience – There so many repeat “customers” (as our audience is called.) Lots of musician-friends come to hear us and many of them come back to this club to hear us year after year. It is such a magical way to end the tour. When we get back to Kazumi’s we notice it is 2:30 am.

Thinking back to the first time I came to Tokyo in 1997 – after our sound check at Sometime – I went up to the street for a breath of air and to catch some of the excitement of the pedestrian mall. I remember distinctly being afraid of wandering too far – so I stayed in front of the club and just watched the people go by. I remember being fearful of getting lost, everything at that time seemed so busy and bewildering, chaotic and crowded, over stimulating and distracting – so that I was afraid if I turned a corner I might never find the club again – and as I didn’t speak any Japanese at that time and was afraid if I wandered off alone – I wouldn’t know how to ask anyone directions on how to get back.

The streets and train stations of Tokyo have not lost any of this energy – they remain marvels to experience – but I notice gratefully that the fear has left and the state of amazement that was there all along continues to shine brightly.

Well then, with good fortune, again next year !

And with love, always,